The early afternoon of September 8 was beautiful, in Denver. The sky was blue, with scattered clouds. The air was warm. So, I anticipated a nice drive, as I accelerated onto I-25. For over a month, I had been planning a trip over the Continental Divide. I would begin in Grand Lake, Colorado, spend a couple of nights in Rocky Mountain National Park, drive over Trail Ridge Road, and wind up in Estes Park to cover the Scottish-Irish Festival. Like a lot of others, though, my plan changed when I saw sensational reports coming out of the Standing Rock Sioux reservation, in North Dakota.

To shorten the story, I’ll just say that I got sucked in by the media. Democracy Now had shared images of protesters being bitten by security dogs, and bulldozers destroying native land, so I decided to drive up there and see for myself, what was going on.

I drove until about 11:30 PM, and slept in the Stew Wagon on Old Highway 212, in South Dakota, about a mile from where it intersects SD 212 proper. The next morning, I drove up to Fort Yates, and ultimately, Standing Rock. As it turned out, I was not the only person who had been motivated by the internet coverage. Checkpoints had been set up, to monitor the line of cars now flowing into the camp. About a quarter-mile from the entrance, it became visible, spreading out below me as one might imagine a tribal camp to be.

Turning onto the red dirt entry road, I could see the flags. Many different tribes had come, and were represented by flags on tall poles that lined both sides of the lane. To my right, was a flat place, which was the gathering area. It was crowded with people, and someone was making a speech over the loudspeakers. I was aware of wood smoke from small campfires that burned in holes outside individual camps. Colorful tents lay, without order, across the valley floor, some with their own flags flying on makeshift poles. Many of these were Stars and Stripes, hung upside down as a sign of distress, not disrespect. (I’ll leave it to you to research Flag Protocols.)

I learned this from a man named, John. He was flying a Wounded Warriors Project flag, which intrigued me. I wondered what the connection was between them and this situation. His response was considered and eloquent. He looked around the fire, at the others seated there, and told me that they had all served and been wounded. He explained that they wanted others to understand their viewpoint. “We only have one Mother”, he said, “and we have to take care of her.” After some conversation, I asked what he thought of the upside down flags. “That’s a sign of distress”, he replied, “not disrespect. These are distressed people, and they’re expressing that to the government.”

Finding a place to set up the Stew Wagon, I settled in and began walking up to the media tent, where I would register and pick up my Media Pass. On my way there, I met a young couple who granted me a brief video interview (watch for it on YouTube). We talked for a few minutes, then I continued on, up the hill.

In all, I’d been in the camp around forty minutes, when the announcement came. I was about half way to the media tent, when the tone of the speaker changed. His voice became a little higher pitched and louder, and he spoke more quickly, as he read releases from both the Whitehouse and the Army Corps of Engineers. The construction of the Dakota Access Pipeline had been stayed until further investigations and negotiations could be completed. The Corps apologized for its actions, and acknowledged that it had acted outside of its authority, by allowing the oil company to move onto Native land.

Victorious cheers went up all around the camp. People leapt onto horses and rode around the camp, shouting to one another, sharing their excitement. Others went from tent to tent, talking about this marvelous turn of events. Prayers of gratitude were offered. More speeches were given. Thanks and congratulations were expressed all round. It was an extraordinary moment in time, but it didnt last long. Within the hour, the camp began to diminish, as people took down their flags and tents, packed up their vehicles, and headed home, proud of what they had helped to accomplish. They could continue to celebrate on the road.

My own response was mixed. I was happy for these people, because I truly felt that they had been wronged, but I was also a little let down. I had traveled a long way, to cover this momentous event, and it had ended so abruptly that I didnt have the opportunity to dig into the meat of it. So, I hung out for a couple of hours, taking pictures and talking to people. In the end, though, I decided to take off, as well. I’ll write more about that journey in a different post. 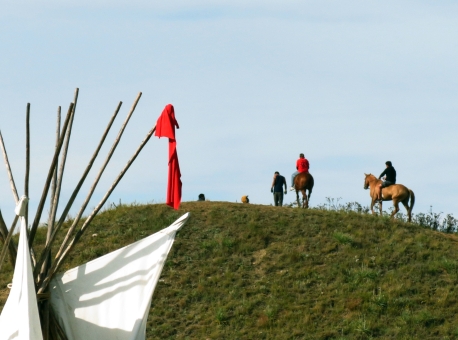 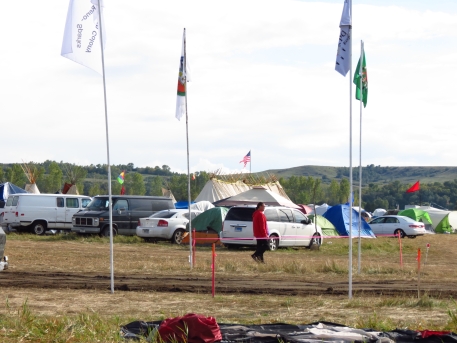 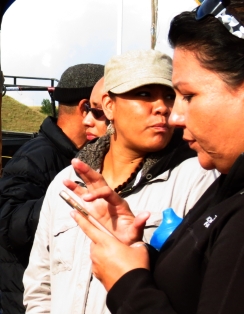 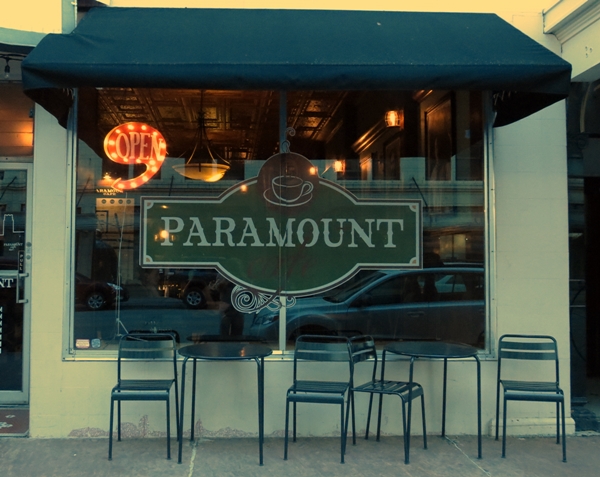 At this moment, my family all think that I’m on a weekend trip through Rocky Mountain National Park, but I’m not. The fact is,  I’m at the Paramount Café, in Cheyenne, on my way to Standing Rock, North Dakota.

With the things that I’ve seen reported, I want to go up and see what the situation really is. Then I’ll report here. It’s hard to know what to believe on the news, so I figured, an independent voice might be a good thing.

Now that you know, I’m going to pit the rest of my coffee into a paper cup, get some gas, and set mu sights on Rapid City. I’ll check in when I get there. Stay tuned.

The truth is, today started out pretty rough. While I have no explanation, I began the day feeling anxious, and a little depressed. That changed pretty quickly, though, once I got out and started moving around. Open space always seems to make me feel better.

One thing that made a difference was that I had a couple of ideas about how to garner some cash flow. I’ll tell you more about those at a different time. Just know that it relieves a little stress.

Another thing that helped was a reminder from a friend that things are more accessible than they seem. Not everything revolves around dollars.

This evening, I met up with a really beautiful young woman named Kitty, who owns a company currently called, Crimson Rose Corsetry & Couture. It was a thoroughly enjoyable time, and she agreed to do an interview with me, next week. (Watch for that here, and on YouTube.) A couple of other things came up, which may turn into future projects. That’s very exciting to me.

Finally, I did a little photography on South Pearl Street. Kitty and I had met at Stella’s Gourmet Coffee and Such. (Evidently, there is no website, but there is a Facebook page, so I linked to that.) Afterward, I decided to do a little shooting, before the light went completely away. Here are a few shots that I did.

NOTE to the Walking Girls:  I’m sorry, but the shot was beyond abstract, so I couldnt use it. However, if you’d like to meet up down there, or somewhere else, sometime, I’d love to work with you, either as a group or individually. No fee. I just think it would be a fun way to spend an afternoon. Drop me a note on the Contact page, if you’re interested. 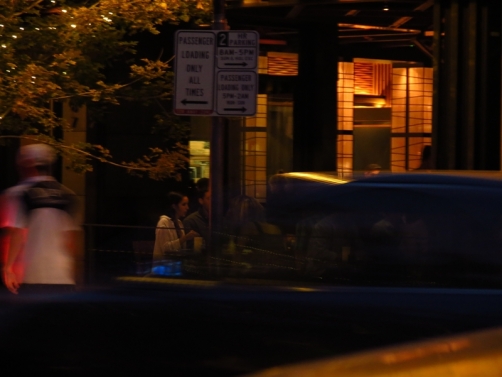