With a marvelous full moon up in a nearly cloudless sky, I had to take advantage. These were shot using my Canon PowerShot SX40HS. Each of these is a 15 second exposure, set on Tv (shutter priority), then adjusted and cropped. 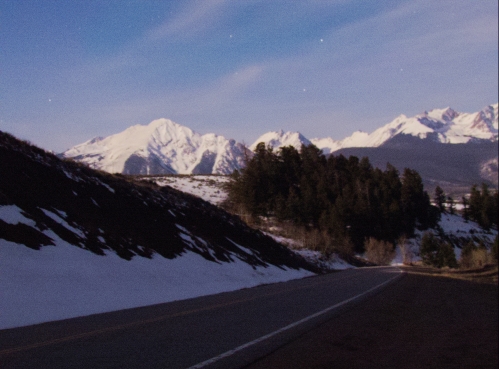 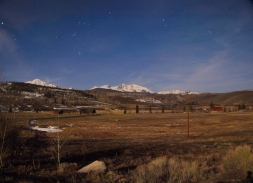 Yes. Believe it or not, these are night shots. I dig these because they appear so much like mid-day, but those stars are shining up there. Super stuff!

I have to admit, I was a little nervous, knowing there’s a cat in the neighborhood. While I dont think I’d be in danger – people dont look like deer – it’s best to be on one’s guard.

According to Wikipedia, there have been only 14 fatal attacks in the US and Canada since 1970. However, six of those happened in the 90s, and there have been three since 2000. So, it may be that our continued expansion into their habitat has made them less shy.

Until 1991, the vast majority of cougar attacks were on children. Since then, of the nine, only three have been against children. One of them survived, but the mother was killed while defending her child. Another was an 18 year old male jogger, and the rest were people over 30 years old. Most of those were joggers or mountain bikers, traveling alone or ahead of their group on familiar trails.

Most of the material that I’ve seen points to early morning and evening hours as likely times for cougar attacks. This is when they are most actively hunting. Recommendations are a) to travel in groups. They prefer a quick and easy kill, to a fight. b) Be aware of your surroundings, although lions are stealthy and you probably wont see one, even if it’s there. c) Make noise, as this will let the cougar know that you are not food. d) Stay upright, because a crouching or bending posture might appear to be a four legged creature.

With these things in mind, during my brief shoots, I sang, whistled, walked around. I did pretty much anything I could to advertise that I was not a good food source. After all, while the odds are hugely in my favor, there’s no point in taking a life or death gamble.