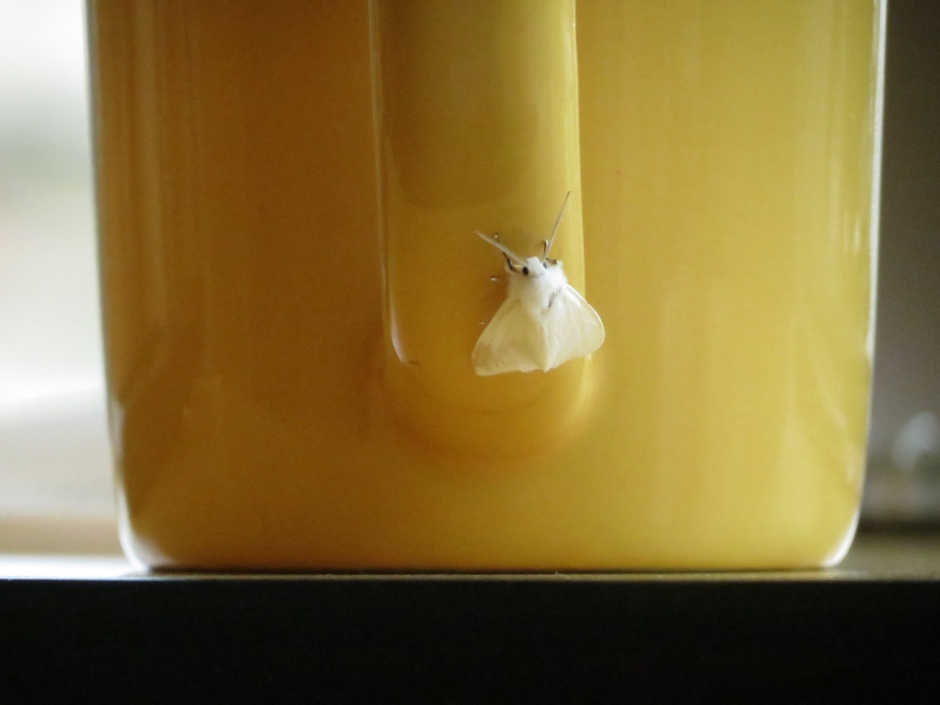 This little moth dropped off my tablet this morning, when I pulled it out of my bag. As you can see from the photos, the poor thing suffered some horrific damage to its wings, and couldnt fly. There’s also something going on at the right “shoulder”, which looks pretty substantial. I felt bad for the little thing, but what can you do?

Doing some research, I discovered that it’s a White Satin Moth (Leucoma salicis), which is not native to this continent, but was introduced in the 1920s, from Europe.

Eventually, I took it outdoors and set it on the ground, letting nature take its course. Because there are crumbs on the ground and tables, birds frequent the area. I dont imagine the creature lasted very long, but that’s how nature works. 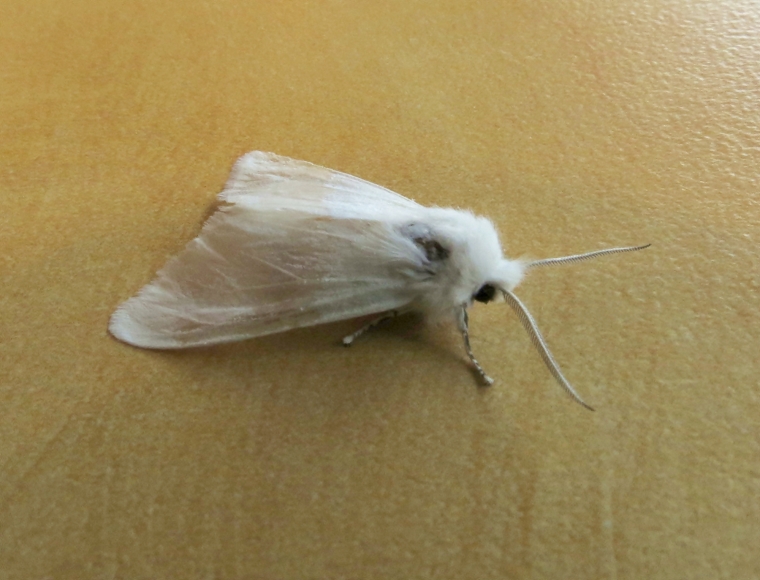 2 thoughts on “Breakfast with Tiffany!”